This Land Is Our Land: An Immigrant’s Manifesto 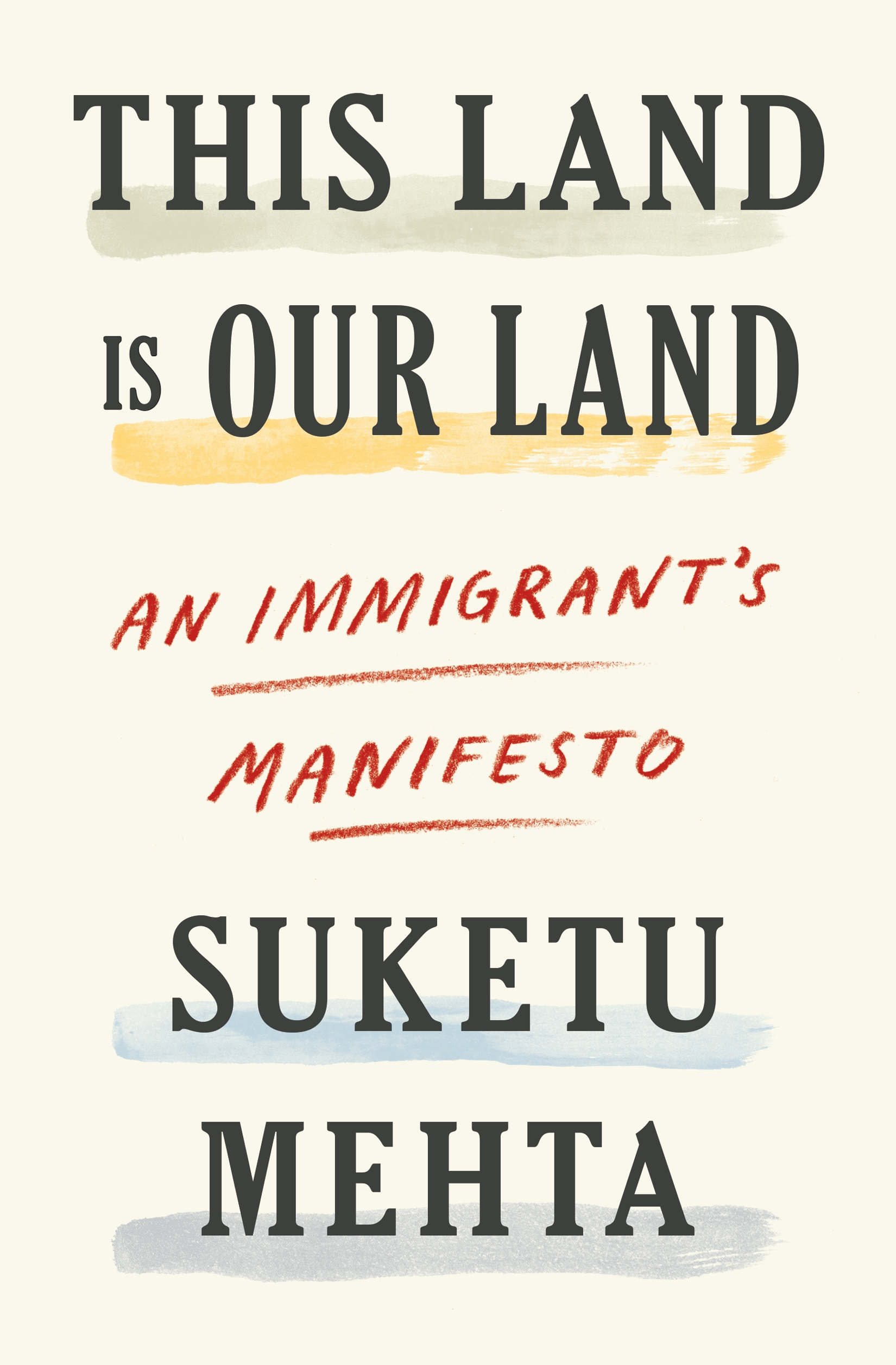 “In an age of brutal anti-immigrant rhetoric and policy, ‘This Land is Our Land’ offers a meticulously researched and deeply felt corrective to the public narrative of who today’s migrants are, why they are coming, and what economic and historical forces have propelled them from their homes into faraway lands. We are, and always have been, a planet on the move, Mehta observes…’This Land Is Our Land’ reads like an impassioned survey course on migration, laying bare the origins of mass migration in searing clarity.” —The New York Times

“A withering rebuke to the anti-immigration rhetoric that has arisen in global politics in recent years… Mehta dismantles the narratives of populist ideologues in a fierce defense of global immigration.” —“32 Books You Need to Read This Summer,” Time.com

“There are few literary voices today who explore the intricacies of human migration better than Suketu Mehta…Mehta delivers an emotional, timely polemic railing against this trend of fear, discrimination and hatred that has gripped so many countries, especially ours.” —Bookpage

“An urgent and impassioned call for why countries should accept more migrants… As the country heads into the 2020 presidential election, Mehta’s moving, cogent book can help us find a way forward.” —Datebook, The San Francisco Chronicle

“Written ‘in sorrow and anger,’ this is a brilliant and urgently necessary book, eloquently making the case against bigotry and for all of us migrants—what we are not, who we are, and why we deserve to be welcomed, not feared.” —Salman Rushdie

“The must-read book for 2019. Suketu Mehta is one of our finest thinkers and writers on the subject of immigration. What begins as a journey that mixes just the right amount of humor, anger and bewilderment at the state of our nation, ends up with a surprising double-shot of hope. This is the rare book that is pragmatic and unsentimental, and yet oddly uplifting.”—Gary Shteyngart, author of Super Sad True Love Story and Lake Success

“Mehta has written a compassionate and powerful plea on behalf of migrants that also reveals the deep forces that propel them on their journeys. He exposes the demeaning ways that migrants are treated around the world, and the very human aspirations that may lead them to accept this dehumanization. In so doing, he gives us a searing indictment of those like Donald Trump who do so much to make their plight even worse.”—Joseph Stiglitz, Nobel Laureate in Economics

“A powerful, passionate, angry, and hopeful cry for sanity and justice by one of our finest writers. Mehta’s heart-felt book is a much-needed and potent antidote to the anti-migrant rhetoric that has grown so threateningly loud of late. Let them come!” —Mohsin Hamid, author of Exit West and The Reluctant Fundamentalist

“Suketu Mehta has written a burning indictment of anti-immigrant hypocrisy, and an affirmation of hope in the real America—the America where we treat each other as human beings with a common future, and not a faceless problem to be solved by walls and barbed wire. Rousing and immensely readable, it is an anthem for all of us.” —Jhumpa Lahiri, author of The Lowland

“A fearless and brutally honest look at the rise and inevitable fall of national borders and those who seek to enforce them. This Land is Our Land lays bare the structural inequalities forcing millions of migrants to flee their countries of origin, and persuasively contends that powerful nations have an obligation to welcome those they have uprooted.” ―Becca Heller, Refugee Rights Lawyer and MacArthur Fellow